Apple Music on Android: 3 Things You Might Want to Know

Yes, Apple Music has finally made its way to Android: you can download the Apple Music for Android app directly on Google’s Play Store. With Apple Music on Android, users are able to listen to Beats 1, The Beatles, Taylor Swift and other artist through Apple’s services. If you are one of those Android users who are really interested in trying Apple Music, there are actually a few things for you to get through in the first place.

Part 1. Will Android User Get a Three-month Free Trial for Apple Music? 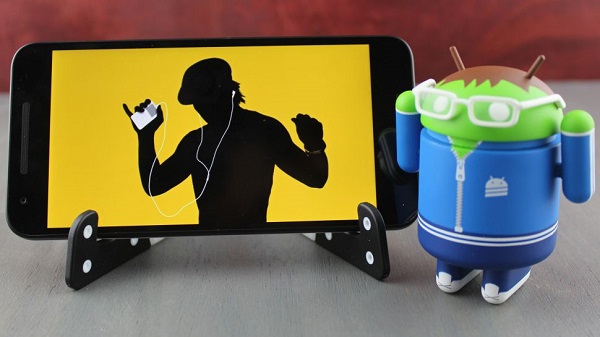 In an effort to keep iTunes customers who wisely made the switch to Android, Apple made the Apple Music for Android app. It is designed to look like an Android app and it requires Android 4.3 or later.

Like iOS users, Android users will also get a three-month free trial for Apple Music. If you are an Android user, then you are able to get access to a large catalog of streaming music and music recommendations. Music and music videos can be saved for offline listening as well. But for now, you can only sign up for an individual monthly subscription, which cost $9.99. You will be automatically charged unless you cancel after the three-month trial.

However, you will need a Mac or iOS device to upgrade to a family plan, which lets up to six people share a subscription for a total of $14.99 per month.

Preparation: 1. Make sure that your Android phone is running Android 4.3 or later. To check your Android version: go to Apps > Settings > About Device. 2. Download Apple Music for Android app from Google Play Store. 3. Create your Apple ID if you don’t have one.

Step 1. Open the Apple Music app on your Android.

Step 2. Tap Get 3 Months Free to start your trial Step 3. Select the type of membership that you want.

Step 4. Tap Use Exiting Apple ID, then enter your Apple ID and password. If you don’t have an Apple ID, tap Create New Apple ID. Then follow the steps required to create one.

Step 5. You might be asked to validate your billing info, but you will only be billed after the three-month trial period ends. Add a valid payment method and tap join. Step 1. In Apple Music, go to My Music or Playlists.

Step 2. Select the song, album or playlist name that you want to download and click on More Option.

Step 3. Tap Download. Then the items will be saved to the storage built into your phone. Note: You can also choose to save the Apple Music tracks to an SD card. Just follow the steps here: Tap the Menu icon and select Settings > Scroll to Download section > Tap Download Location > Choose SD Card to save downloaded songs to the SD card in your phone.

Apple Music tracks are all protected by the Digital Rights Management (DRM) and they are formatted as M4P files. You can only listen to those DRM-protected M4P files on devices authorized by Apple like iPhone, iPad, etc. So if you want to listen to your Apple Music songs on other devices like MP3 player, Xbox One, PS4, etc. you will need to remove the DRM and convert M4P to DRM-free MP3. However, all Apple Music you downloaded with the Apple Music app for Android are DRM protected. So here is a trick that would help you get DRM-free Apple Music for your Android phone, Android tablet or other non-Apple devices.

Apple Music Converter is a professional DRM removal software that can help you convert DRM-locked Apple Music to unprotected MP3, FLAC, AC3, AIFF, etc. With it, you can play Apple Music on Android freely and you can even save the Apple Music tracks after canceling the subscription plan. By saving the DRM-free Apple Music on Android, you are able to share it with your friends and family easily. It supports converting M4P Apple Music and AA/AAX audiobooks at up to 16X faster speed without quality loss.

What do you think of the Apple Music for Android app? And which method will you use to download Apple Music on Android? Tell us in the comments below!